Why do Batteries taste sour? | Tech By TBR 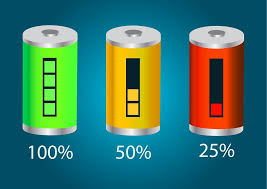 Why do Batteries taste sour

Why do Batteries taste sour? : You’ve probably been told at some point in your life not to test a 9-volt battery by sticking it to your tongue.But if you’re a rebel and you ignored that sage advice, in addition to the slightly painful shock you received, you might have noticed the batterytasted almost sour, kind of like lemonade.
Thankfully, that flavour wasn’t battery acid, it was actually the taste of the electrical current from the charged battery.

When you touch the little knobs or leads of
a 9-volt battery on your skin, you don’t feel a shock because your skin doesn’t conduct electricity well enough for a current to really flow.
When you touch them to your tongue, on the other hand, your saliva has no trouble completing the circuit. Once this circuit closes, electrons start moving out of one lead and into the other, creating an electrical current. And on the way, they can interact with the water molecules and basically rip them apart in a process called electrolysis.

Current entering your saliva from one lead creates hydrogen gas, leaving hydroxide ions behind, Andcurrent leaving your saliva through the other lead creates oxygen gas, leaving hydrogen ions behind.
These hydrogen ions are what sour taste
receptors in your taste buds pick up on; they’re also found in acidic foods.
And that sourness dominates the flavor because while hydroxide ions can taste bitter or soapy, your tongue isn’t as sensitive to them.

But... not all electrical currents taste the
same, or even sour. A charged nine-volt battery happens to provide the right jolt to cause a sour taste, but smaller shocks can be sweet, spicy, bitter, or even savory at times.
That’s because your other taste receptors
can be activated with the right combination of current and temperature, a phenomenon appropriately called electric taste. By tinkering with the strength of the current, the temperature of the leads delivering it, and accentuating small shocks with artificial smells or colourful lights, scientists can trick you into tasting all sorts of flavour.
In one 2016 study, for example, they were able to make plain oatmeal or water taste sour, bitter, or savory using a specially-designed spoon and bottle.
But electrodes aren’t able to recreate all of your favourite dishes just yet because faking complex flavors is tricky business.
Stimulating the same types of taste receptors results in a stronger perception of the taste, but different taste receptors like sweet and sour can cancel each other out. Bitter and sweet flavour also seem to be harder to get right for reasons that aren’t entirely clear.
And ultimately, the flavour you taste when eating is determined in your brain. And that means it can be influenced by everything from the weight of your cutlery to the music playing while you eat.
So it might be awhile before you can get your taste buds on some electro-sweet-and-sour chicken.
But hey, at least now you know that sour battery flavor was just the taste of a short, sharp shock.
Though, for the record, please don’t lick batteries.
I mean, come on. That’s just common sense. 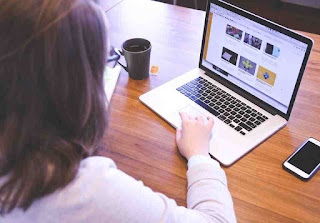